How can we Meat your needs?

Pigs are our main business and we sell free range pigs directly to a couple of butchers (Sunshine Coast Organic Meats and Sherwood Road Organic Meats in Brisbane). However when it comes to our local markets, we aren't just a free range pork business. Most of you are aware by now, that we also sell beef and goat. And Lambs are coming! We like the idea of being a one stop shop for our customers meat needs, although it may be a little while before we start doing chicken and fish!! We already have a few customers that buy most of their meat from us and we really appreciate this. Thankyou.....

I've been trying to work out a way that we can offer mixed packs of meat, a bit like a CSA (Community Supported Agriculture) where you would get an order every fortnight that may include cuts that you wouldn't normally try, as well as the regular cuts. I've been worrying about how that would work, especially as I don't have a lot of control over the butchering and therefore packing at the butchers. But the idea of a CSA interests me as we could better manage our stock control and I would think that we could then offer that cheaper. One of the problems at the moment is having meat left over - which is why we've put meat in That Wholefood Place, to try and move some of the left over stuff. I'm open to suggestions, but the following is an idea that I would like to trial.

Customers would subscribe to a regular meat pack, that I will put together each market weekend. I'm thinking that it will be around 5kg's and $15/kg, which would be guaranteed to have a roast/corn meat, some steaks/chops, mince/stewing meat, ham and bacon. The fresh meat would be either beef, goat or pork.  I would package it up so it would be a bit of a surprise in the fact that one week it could be Roast Pork, Beef steaks, pork osso bucco, ham and bacon (which I'd try to keep around the 1kg combined) and the next it could be Beef Brisket, pork chops, pork mince etc. Ideally this would be a subscription type setup and you would get it each fortnight. I would keep a list of what you had each week so that it was different the following week. I may also include some other random cut if I had more of something than something else, sausages instead of mince or whatever......

You could also add to your order when you collected it, if you wanted something special or extra.

If this is something that would interest you, please send me an email and tell me your preference of nitrate free or conventional, and if you would prefer NOT to have goat included. Also let me know how many in your family - e.g. adults and kids, so that I can make sure the packs are big enough. After the first week, you can nominate whether you would like it fortnightly or monthly, or if you would prefer more meat than the approximate 5kg's. I can also send out recipes if you get something that you are unsure about cooking. 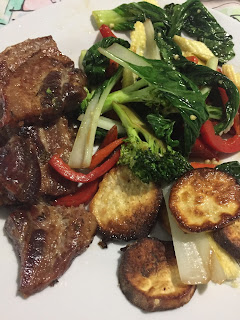 Pork Spare Ribs, marinated and then roasted in the oven 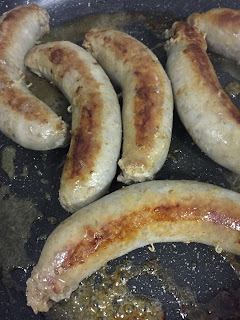 Paleo Pork Sausages, we also do beef, and you can choose fat ones (pictured) or skinny ones. 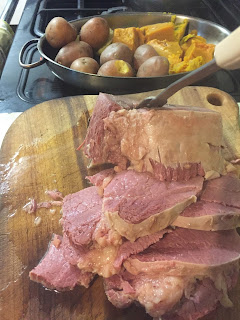 Corned Beef - we also do Pickled Pork and while this one is conventional, if you prefer Nitrate Free, we do that too. 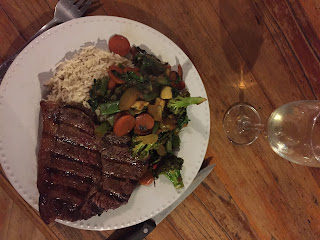 Our steaks are becoming popular - they are tasty and tender. We do all the regular cuts. This one is Rump, but we also do Rib Fillet (Scotch Fillet), Porterhouse (Sirloin), Eye Fillet and Topside, which is a more economical cut of steak.