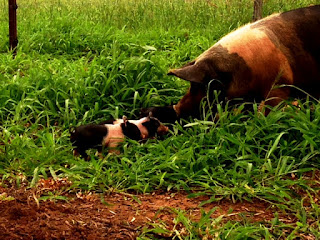 We do still get some black and white piglets. This photo is a little old, we've just weaned these little ones. 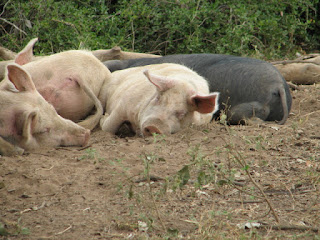 Some of the Growers at rest 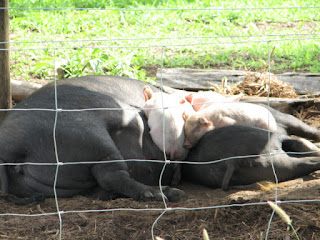 The Large Black on the left is Latisha, the mother of the two Spotty's below. They all look very comfortable! Pigs like to cuddle up. Doesn't seem to matter how hot it is. 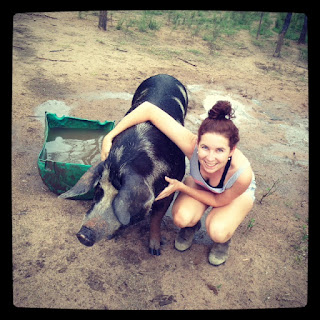 This is Little Spotty's big sister, Big Spotty - just before she had her babies. She had 12. 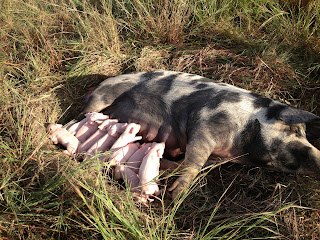 This pig is called Little Spotty, she's not so little any more though. This is her second litter - she had 11. 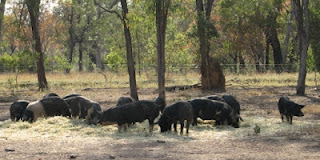 When their pasture gets a bit low we give the pigs hay. The grass is coming away now that it has warmed up, but slowly - until we get some good rain. 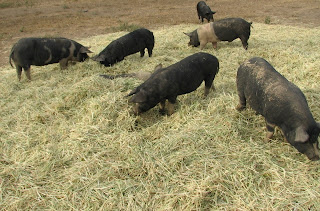 Can you see the one that thought the hay was bedding material? 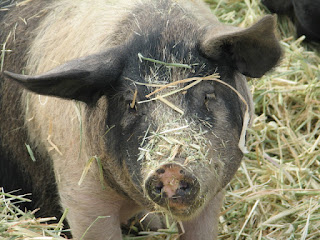 Did you have to wake me up? 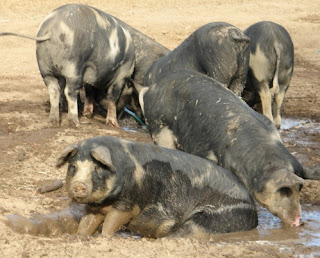 Happy as a Pig in Mud! 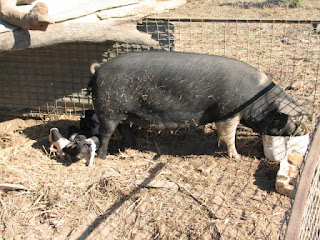 We like to keep the sows separated from the main mob for a couple of weeks so that the piglets and mum bond. This one farrowed before we could move her, so we built a pen around her. 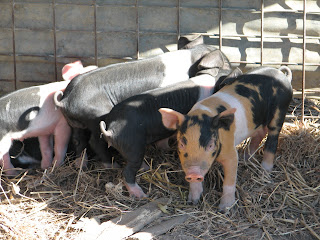 I love the colour of this little one. The mother is a Berkshire/Saddleback X (above photo) and we think the father may have been one of the young boars (xbreed). It should have been the large white, so unless the saddleback gene is very strong, it wasn't! 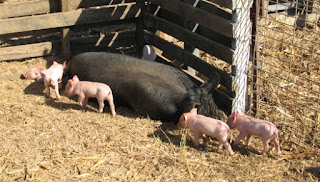 The results from our Large White Boar Hanigan. This is a Berkshire Sow and she had 7 piglets. For a first time mum that's not too bad. We set up some temporary farrowing pens. 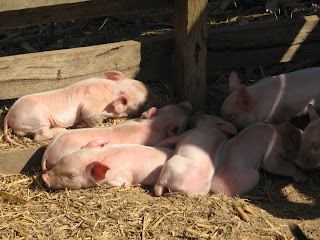 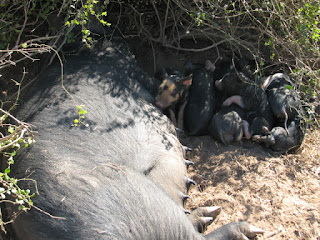 Having a rest amongst the berry bush - we didn't get this one into a pen in time when she farrowed. She seems to keep to herself, so we didn't bother moving her into a pen. 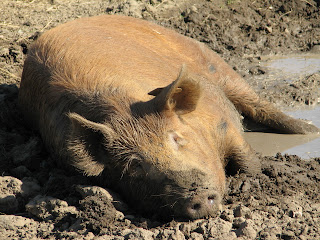 Ah.....It's a tough life being a busy working Mum 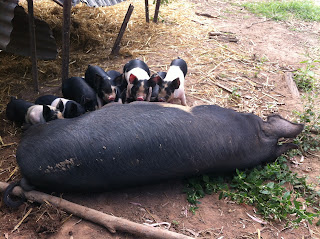 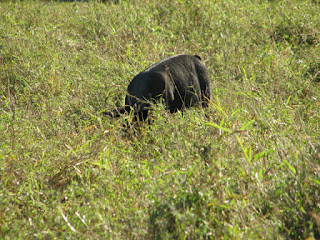 Berkshire cross enjoying the grass that has freshened up since recent rain. 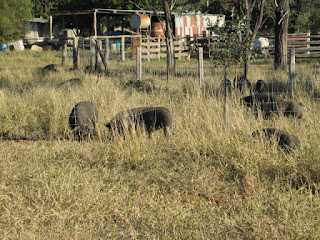 Some of the grower pigs out grazing.